Two of the biggest football stars that moved to China Carlos Tevez and Oscar made their debut for their respective clubs. 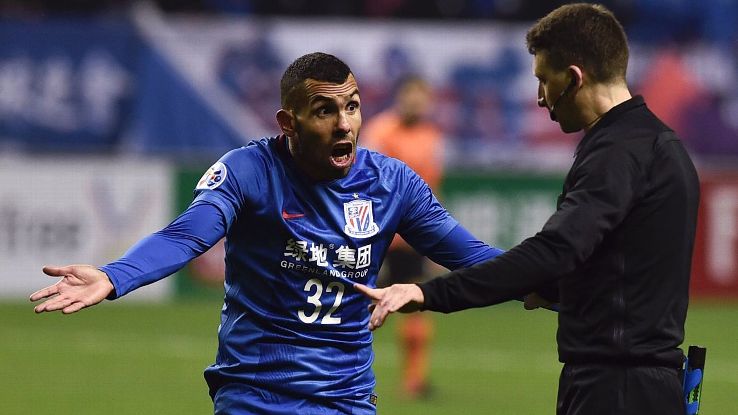 Shanghai Shenhua’s start with Tevez did not exactly go as they would want as they lost the AFC Champions League to Brisbane Roar. On the other hand, the Brazilian started well with Shanghai SIPG.

One Weibo post reads: “What is the point of hiring expensive foreign coaches when they are no better than the ones who were already there.” This echoed the popular sentiment from the fans, based on the traction it received. Many blamed Coach Gustavo Poyet for the loss of Shenhua to Roar at the AFC Championship.

Many focused on the addition of Argentina international and world record salary earner Tevez, ignoring the match against Roar. Many criticized his move to the country as he was past his prime and others battled if he was worth the salary he is being paid.

The AFC Champions League playoff is an single-legged affair and Shenhua lost it in front of their fans at the Hongkou Stadium. Former Nigeria international Obafemi Martins was expected to combine well with the former Manchester United striker to move mountains for the club but the duo struggled to impress.

The Australian side scored as early as the second minute then doubled their tally before the first half ended. Shenhua returned strongly in the second half but they could not break the organized defence of their opponents.

Oscar scored the goal as he linked up with Hulk, Elkesen, and Wu Lei. Coach Andre Villas-Boas was happy with the result as they defeated the third placed team in the 2016 Premier League of Thailand Sukhothai.