Arsenal manager Mikel Arteta has heaped praise on Emiliano Martinez, who has done an impressive job between the sticks in the absence of regular goalkeeper Bernd Leno. Leno has been one of the Premier League’s best-performing shot-stoppers this term, but he is likely to miss the remainder of the campaign after picking up a moderate ligament sprain in his left knee. 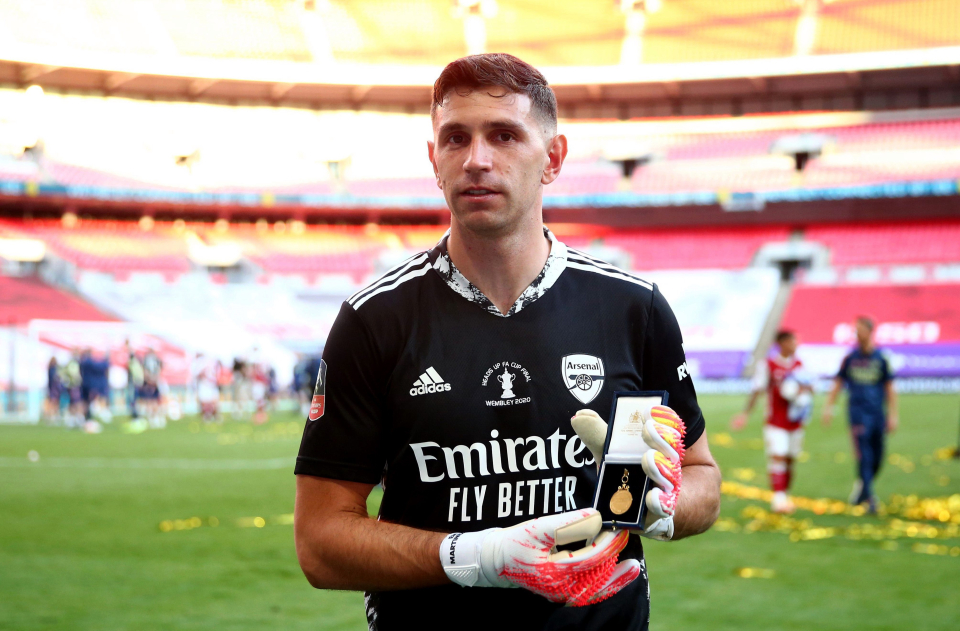 In his absence, Martinez has started the last three games in the Premier League and he has caught the eye with clean sheets in each of those. Elsewhere, he was part of the Gunners side which beat Sheffield 2-1 in the FA Cup quarter-final last month. Martinez came up with a crucial save to deny Billy Sharp before the north London giants scored a late winner through Dani Ceballos.

As a result, Martinez has been earning plenty of plaudits from the supporters and Arteta is pleased that the 27-year-old is getting the chance to impress after waiting patiently on the wings, he told: “He has been very respectful with the role that he had when he was the No 2, but the circumstances of the injury to Bernd are that he is the No 1, he is performing well and doing his job and that is what he needs to try to keep doing.”

Martinez has not represented Argentina at the senior level but he has been called up to the national team on a few occasions. His most recent call-up came in October 2019 and it won’t come as a surprise, if he is picked by manager Lionel Scaloni for the next set of internationals. Martinez will be hoping that he can eventually make his debut for the national team. Martinez is expected to feature in goal when Arsenal host Leicester City at the Emirates Stadium on Tuesday night.