Carlos Tevez was given a warm welcome by the West Ham United fans after he returned to the club as a guest ahead of the Premier League clash with Burnley on Sunday. The veteran Argentine striker was introduced to the crowd just before the game started and he was greeted with loud cheers from the West Ham fans who remembered his heroics as they stayed in the Premier League at the end of the 2006/07 season. 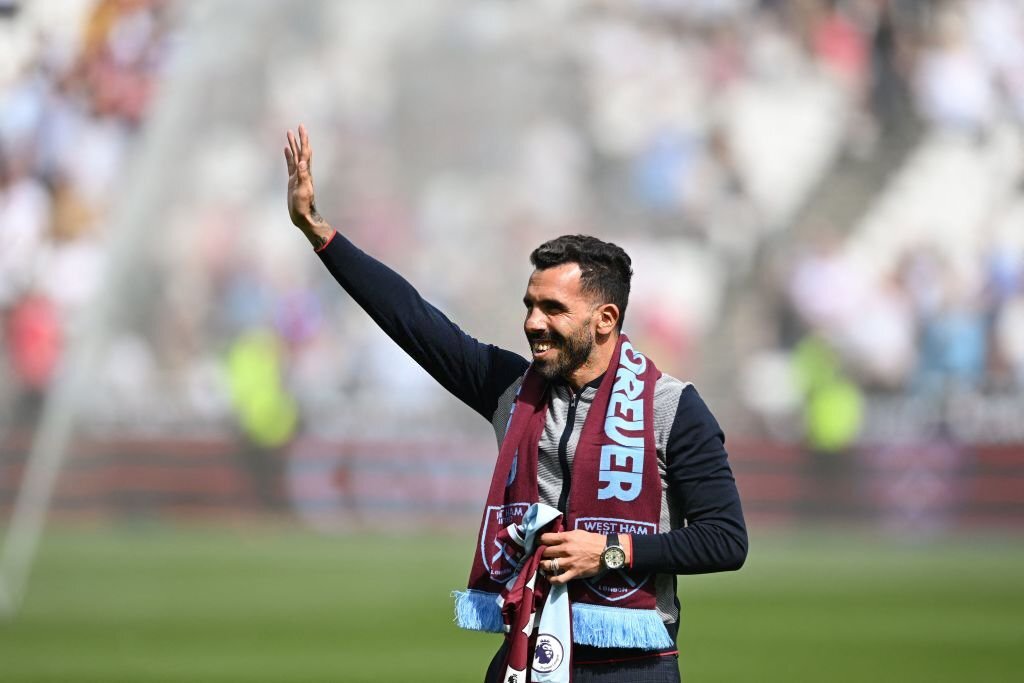 West Ham United came close to ending their long wait for a major trophy in the English top flight in the FA Cup final. They led 3-1 against Liverpool during the 2006 FA Cup final before they went on to lose the trophy on penalties after the late strike from Liverpool skipper Steven Gerrard forced extra time and then penalties with the two teams scoring three goals each in regulation time. In the summer of 2006, the Hammers stunned English football by making a double swoop for two South American footballers namely Javier Mascherano and Carlos Tevez.

Despite the arrival of Tevez and Mascherano, West Ham United failed to live up to expectations and they were soon involved in a relegation battle. As a matter of fact, the Hammers were doomed to suffer relegation to the English Championship before Carlos Tevez hit form on the back of acclamatising to English football to lead the East London club out of trouble. Tevez was the main man as West Ham recorded seven wins and a draw from their final nine league matches to stay in the Premier League. The Hammers stayed in the league on the final day of the season thanks to the 1-0 away win over champions Manchester United with Carlos Tevez getting the only goal of the game.

For the Burnley game at home, the current crop of West Ham United could not secure a win on the occasion of receiving Tevez as a guest as the two teams had to settle for a draw.